Andhajan Shikshan Mandal was established in 1954 by Gordhandas Chokhawala at the urging of Shri Siraj Basrai who was blind person himself. Shri Chokhawala who later became president of Surat Municipality and State Education Minister founded the institution with other Social activists of Surat for the education of visually impaired. Initially it was a residential Primary School for boys. Today it has expanded to higher secondary level i.e 12th Standard and educates both Boys and Girls. The school, hostel accommodation including board are totally free.

The institution has also started a special B.Ed Course for training teachers for blind schools in 2007.

A physiotherapy and rehabilitation center was established in 1993 with the aim to give employment to visually handicapped persons trained in physiotherapy. It is equiped upto date equipment and specializes in treatment for spinal cord problems and physiotherapy for children.

National Association for the Blind has its district branch in the campus and executes various programs for assistance to the handicapped in several taluka’s of Surat district. 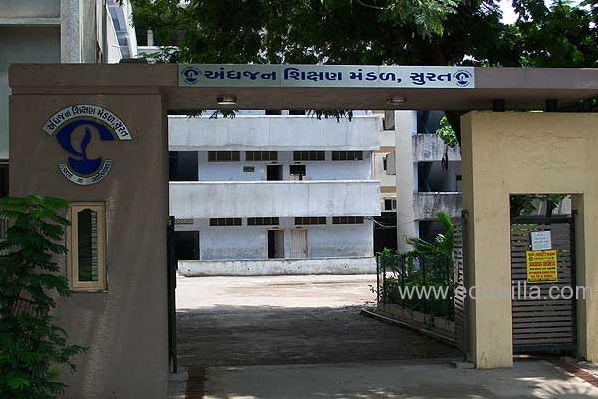