VĀSTU-VIDYĀ
VĀSTU VIDYĀ or VĀSTU ŚĀSTRA is the traditional Indian system of architecture and design of Vedic origin, which also consists of the science of proper Infrastructure. ‘Vastu’ means the dwelling of humans and Gods, ‘Shastra’ means Science. The art of Vastu originates in the Stapatya Veda, a part of the Atharva Veda. Vastu Shastra’s purpose is to maintain the welfare of the entire humanity. Its knowledge enables us to get benefits of mental peace, health, wealth etc. and make our life happy. In ancient times the human habitats were generally constructed according to the rules of Vastu Shastra and people lived happily. In those days the members of a joint family used to be content, prosperous and happy. But, today, despite the families being small, peace and happiness remains a far cry.
As times advanced, we started ignoring our old culture and tradition. The rules of Vastu Shastra too were ignored. No wonder the people experienced all kinds of troubles. You will be surprised to note that even today the residents of South India follow the rules of the Vastu shastra and are more peaceful and materialistically and economically more prosperous than North India.
This science, after propounding the rules of construction, goes to prove that by constructing properly our buildings, villages, towns, cities, shops, offices, factories and industries we can make ourselves prosperous.
The Vastu Shastra is founded upon the laws of nature. The equilibrium, significance of it can very well be noted from the movements of motorcars, ships, airoplaines, trains. The Buses are so accurately balanced that even deflation in any one of the tyres, can cause a serious accident if it is running at a high speed. Similarly, when a building is constructed without observing the rules of Vastu Shastra, various calamities, diseases and accidents take place. This is the eternal rule of nature and it has no place for any logic, doubt or debate.

Many Vastu rules are derived from 'Vastu Purusha Mandala' which is depicted as a man lying with his head pointing north east, in a grid of usually 64 squares. The different directions and sectors are assigned to different Gods and Guardians. It aims at providing guidelines for proper construction. Vastu orientates, places and dictates the proportions of every detail in building lines, skylines, elongations, levels, slopes, water (underground and overhead), kitchen, bedrooms, toilets, staircase, heights of ceilings and roofs, entrances, loci of doors and windows, compound walls and so on.
Fundamental concepts of Vāstu Śāstra
There are many principles in Vaastu Shastra. To mention a few which involve certain mathematical calculations, Maana is used for proportional relationships in a building and Aayaadi specifies conditions for maximum wellbeing and benefits for the residents of a building. Below are some of the basic theories in vaastu sastra.
Five elements
According to vastu sastra, the world comprises five basic elements known as the pancha maha bhoota. Out of the nine planets, ours has life because of the presence and balance of these five elements. The five elements are as follows.

EARTH (Bhumi) - Earth, the third planet in order from the sun, is a big magnet with North and South poles as centers of attractions. Its magnetic field and gravitational force has considerable effects on everything on the Earth, living and non-living. The selection of site for building construction is very important. Besides, congenial environment, greenery and availability of water, we should also see if the land is suitable for building construction.


WATER (Jala) - This is represented by rain, river, sea and is in the form of liquid, solid (ice) and gas (steam, cloud). It forms part of every plant and animal. Our blood is nothing but water with haemoglobin and oxygen. As far as the flow of domestic water is concerned, it should be borne in mind and that such water should be drained out in North - East. Wells, tubewells, swimming pools etc. should all be in the North-East. The water from the toilets and bathrooms, too, should be drained out in the North- East. The North-East direction is always auspicious and suitable for water. There are sewer-systems in the cities. The Septic tanks or the flow of sewer systems should be towards North - West. The flow of rain or fresh water should be towards North- East.
FIRE (Agni) - Represents light and heat which account for day, night, the seasons, energy, enthusiasm, passion and vigour. The direction of Fire is South-East. The Kitchen, fireplace, geysers etc. should be placed only in this direction. Alternatively these could be placed in North-West, because it is at 180 degree to South-East.
AIR (Vayu) - As a life supporting element, air is a very powerful life source. Human physical comfort values are directly and sensitively dependent on correct humidity, air flow, temperature of air, air pressure, air composition and its content. The air should enter the building from North -East. All the openings and media for air entry such as doors, windows, ventilators coolers, air-conditioners, verandahs, balconies etc. should be in this direction.

SPACE (Akasha) - The akasha provides shelter to all the above elements. It is also considered the primary conductor of all energy sources within the universal context – physical energies such as sound and light, social energies such as psychological and emotional, and cognitive energies such as intellect and intuition. The open sky influences greatly. We can get the effect of terrestrial-energies uninterruptedly. But the buildings prove a barrier to the effects of open sky. Therefore, the importance of roofs or lawns gets emphasized, but the Vastu shastra has refrained from deliberating in detail over it, because it is related chiefly to building construction and we will discuss only this aspect. Traditionally every house in India used to have an open space (Court Yard) in the center of the house. It provided the dwellers more sunlight and cross-ventilation of air.

Infrastructure and Health – Relevance
The word infrastructure has been used in English since at least 1887 and in French since at least 1875, originally meaning “The installations that form the basis for any operation or system”.
The word was imported from French, where it means subgrade, the native material underneath a constructed pavement or railway. The word is a combination of the Latin prefix "infra", meaning "below", and "structure". So, we can even say that Infrastructure is a part of architecture and supports architecture, just as foundations support buildings.
Now we will see some Vastu principles that cause an effect on human’s health.
1.More vacant space to the south of a structure will cause health issues,
2.More open space or depth in the south-west corner of a building is always fatal and will lead to disastrous happenings for the owner,
3.Any depth or pit on the west of a structure, though there is no open space will cause health issues,
4.If toilets/bathrooms are provided in the north-east of a structure it will lead to chronic diseases like cancer, leucoderma etc.
5.If toilets are provided in the south-west fame of the owner of that structure will vanish,
6.Any “well” or water storage south-east corner will ruin the health and totally filling/closing the well will be a proper remedy,
Apart from these principles there are many other Vastu factors causing various effects.

Proper Infrastructural suggestions that can prevent human’s health from various ill-effects –
1.Planting “Tulasi” (Holy Basil) and other such herbal plants and construction of Go-shala (Cow shed)
Tulasi - The botanical name of Holy Basil or Tulasi plant is Ocimum sanctum which belongs to Lamiaceae family. It is a typical tropical shrub which is widespread as a cultivated plant. The plant is considered very sacred by the Hindus and it is compulsorily grown in the house of every Hindu family in India. Tulasi has a great significance as it is worshiped by the Indian married women in particular for a happy and prosperous married life. Tulasi occupies a great place in the Hindu families and is given a godly status and is considered as one of the forms of Lakshmi - the Hindu Goddess of Wealth. The plant is also known as 'Queen of Herbs'. There are 3 varieties of Tulasi which are as follows:
a)Krishna Tulasi: This plant has dark purple stem with dark green leaves which are smaller in size.
b)Vishnu Tulasi: This is also known as Lakshmi Tulasi and this plant has light green stem with light green leaves.
c)Vana Tulasi: This is a wild variety of Holy Basil which grows wildly.

Following are some of the essential benefits of the plant:
1.The leaves of Tulsi plant have been proven as a good tonic for the nerves.
2.The extract of boiled leaves acts as a preventive cure for common cold and fever. Gargling with the extract of boiled leaves helps in treating sore throat and cough. In fact Tulsi leaves are one of the home remedies for common cold during monsoon
3.So also a decoction made of Tulasi leaves, honey and ginger helps in relieving bronchitis, flu, common cold and seasonal cough.
4.Recent studies reveal that regular consumption of the juice made of Tulasi leaves and honey helps in removing stones from the kidneys.
5.Most important Tulasi is a very good medicine for reducing the cholesterol levels in the blood as it acts as a good purifier of blood.
6.Tulsi leaves are said to be one of the best anti-stress agents which help in fighting depression naturally
7.Tulasi leaves when chewed raw helps in removing the bad breath and thus improves oral health by preventing many of the mouth infections and ulcers.
8.Crushed leaves of Tulasi are one of the effective remedies for all skin related diseases. When the crushed leaves are applied on the forehead, some time it helps in removing headache.
Above all, applying the crushed Tulsi leaves in the site where there is insect sting / bite on the skin, it helps in relieving the person from pain by detoxifying.
Therefore, we are able to conclude that Infrastructure and Health mutually has a significant relevance and role in human’s life.

Comments for this Article 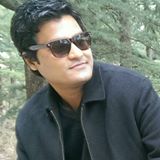 Health is the most important part of life and this article is very useful..