Significance and scope of Foreign education for Indian students 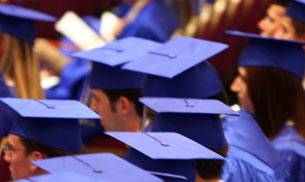 The Indian education system has traditionally been marks-oriented and with the coercive pressure of burgeoning population of college aspirants, this structure is not going to change but become further deep-rooted. To avoid becoming a statistic or a graduate from a mediocre college, it is time for the students to be proactive.

The Indian education system has traditionally been marks-oriented and with the coercive pressure of burgeoning population of college aspirants, this structure is not going to change but become further deep-rooted.

Even with sweeping reforms, installation of novel state-of-the-art universities and enhancing the number of seats available, about seven million students are without an admission as of 2016. This number is expected to snowball to 15 million within a decade.

Even after securing above 90 per cent, no one is guaranteed admission even in the minor colleges. This has led to the mushrooming of hundreds of unrecognised private colleges of questionable affiliations, expertise or value of the degrees attained.

To avoid becoming a statistic or a graduate from a mediocre college, it is time for the students to be proactive and look for alternatives that can absorb them on a large scale and secure a thriving future.

Foreign education with its intrinsic high standards and holistic approach towards education makes it a definitive option
Western countries focus on the overall personalities and promote creativity
They look out for and recognise students with varied idiosyncrasies and uphold diversity
It opens the door to future success for all those who have eclectic potential, willing to explore beyond the marked boundaries and want an education from a new perspective
So, even if you didn't score the astronomical 99 per cent, your destiny can still shine brighter than best if you knock the right doors.

How can the education expenses be met?

Indian parents have had reservations about the exorbitant cost of foreign education and how quickly it can dent their lifelong savings. These qualms are now mitigated with colleges offering a multitude of scholarships to candidates with comprehensive profiles.

This means that instead of worrying about the college admission, parents, and students, must start building a portfolio that will make universities in the UK and the US such as Stanford, Oxford, Yale, Cambridge et al seek their child instead of the other way round.

USA is the top study destination for Indian students with almost 53 per cent students from India going to USA, alone. Its academic excellence allures a majority of students to apply for top-notch colleges. It boasts of almost an avalanche of 4,495 universities with global recognition for their excellence in imparting knowledge.

Students idealise USA for its blue-chip professional opportunities. Along with a solid education system, USA offers the most scholarships across the globe. With a proper profile, a student can achieve full scholarships (100 per cent) and also waiver on living expenses.

Several European countries, especially Germany and France, have universities that are government-funded and are welcoming overseas students to propagate diversity and make their countries alluring to the students who would otherwise prefer the US or the UK. Most of these universities teach in English and have ultramodern resources and offer up to 100 per cent scholarships.

These are exciting times and the globalised world with an array of opportunities is waiting for the right people to grab them and give them a life of fulfillment in return. It goes without saying that now is the best time to study abroad with options available that suit every individual's requirement. It's time we started preparing for our child's thriving future and set the benchmark for the generations to come.