Don Bosco was kept away from regular schooling because of many difficulties. His father died when he was two and so his poor family needed his services at the farm. Bosco's elder stepbrother opposed all his plans of getting even an elementary education. Yet through sheer dint of will power and the help of many a generous heart, he got himself educated to support himself. At this time he worked at odd jobs - all of which he later taught his orphans.After he became a priest in 1841, he expanded his work for poor and abandoned boys. Born and bred in poverty and having grown up among boys who, for want of a decent home, lived in the streets, he understood well their yearning for food and love which were never adequately satisfied in their homes.
To cater to the needs of such boys, he started an 'Oratory or Boys Club' open to all the boys who wished to spend their time usefully. In order to prepare boys for skilled labour, in 1853, Don Bosco turned his mother Margaret's Kitchen into a make - shift cobbler and carpenter shop. This was the first Catholic trade school in Italy.

Don Bosco School stands for the integral development of the student - to help develop the student's spirit, mind and body.

To bring out the best in the student by fostering a loving relationship with God, self and neighbour.To foster creativity and responsible use of one's gifts and co-responsibility for a better world.Physical fitness through sports, games and healthy living 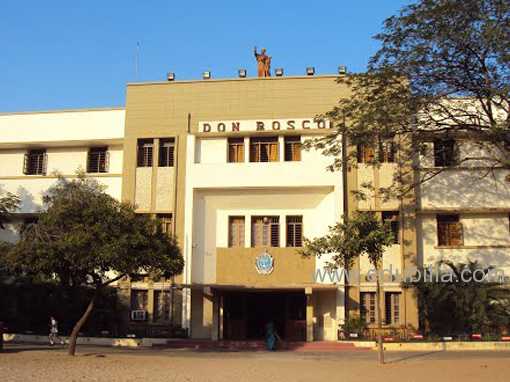