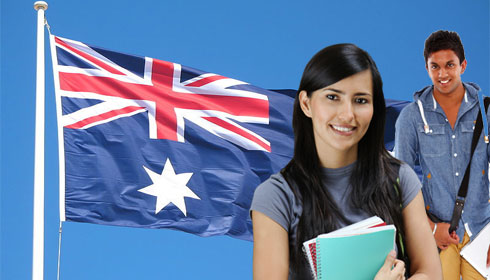 A recent report by UNESCO on mobility of students reveals that Australia has outpaced the UK and stands as the second preferred destination country for Indian students to carryout their higher studies. With 25,562 number of Indian students, Australia now represented 11% of total Indian students pursuing higher studies abroad in 2015-16. While, the number of students going to study in the UK reduced by 4 per cent as compared to last year.According to UNSECO’s 2017 rankings, the US continues to be the top choice for students who are looking to study abroad, while the UK has slipped to the third spot and Australia has come up in the rankings. With 19,604 Indian students, UK accounted for 8% of total international students of India in 2015-16.In 2016, 48 per cent of Indian students pursuing higher education abroad went to the US, while 11 per cent of them went to Australia and 8 per cent went to the UK. One of the main reasons behind the declining number of students going to the UK is the stringent visa norms there. This fact was also mentioned by the Indian High Commissioner to the UK, YK Sinha, who took charge of his post in London in December 2016. He highlighted the sharp contrast between rising Indian student numbers in countries like the US and Australia and even across Europe.Sinha had siad that in the field of education, there is a bit of a problem because the number of Indian students (in the UK), which was 40,000 or so in 2010, has dropped to 19,000. The US, which had 1,04,000 Indian students in 2010, has 1,66,000 now. He added that he thinks the UK universities are doing a great job, but there is need for sorting out the issues regarding visas. It is an area that both governments are talking to each other about.After the UK, when it comes to the way visa policies in the US are shaping up currently, experts feel that the number of students going to the US will also get affected and Australia is likely to flourish as an option. Given this, institutions from Australia are showing a keen interest in Indian students and educational institutions. University of Technology (UTS), Sydney, one of the leading institutions in Australia where 1,210 students went in the year 2016, is also expanding its presence in India.Alex Murphy, managing director, UTS said that the number of Indian students coming to Australia has been growing and the country wants to engage more with Indian students. Students in India are very keen, they know what they want. He added that with the current situation in the UK and US, it is expected that Australia will get more students in the future. This is also because of the friendly environment provided to the students, acquaintance and its culture before they actually start living and studying there.The other preferred destinations of Indian students among top 10 include Canada, UAE, New Zealand, Germany, Ukraine, Russian Federation and France. As per UNESCO's report, In 2015-2016 Canada accounted for 6% of total international students of India with 13,626 Indian students, the UAE represented 5% of total international students of India with 11,697 Indian students and more than 10,000 students from India have enrolled in New Zealand.