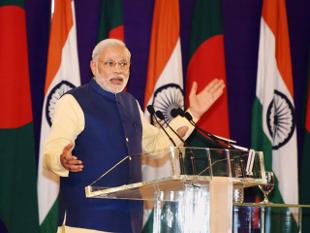 Prime Minister Narendra Modi has summoned a meeting of top bureaucrats to discuss the feasibility of allowing foreign universities to set up campuses in India. Modi has called for a special meeting on June 11 at his 7 Race Course Road residence to discuss the subject, which the commerce ministry thinks has the potential to position India as an Asian hub for higher education and also help the country save foreign exchange. It will be attended by the cabinet secretary, the head of the Niti Aayog, the foreign secretary, secretary in the Department of Expenditure, HRD ministry secretary and the chairman of University Grants Commission.An increasing number of students have been opting to go overseas for undergraduate and post-graduate studies in recent years, partly also because of the difficulty in getting admissions to top colleges of their choice. A vast majority of them also choose to work and settle abroad, in the process depriving the country of its best brains. This also the costs the country precious foreign exchange as studying abroad is not cheap. According to the UNESCO Institute of Statistics, around 200,000 students from India went to study overseas in 2012, bestowing the country the status of having the second-largest population of socalled "mobile students" after China. China sent almost 700,000 students to study overseas that year.  Although the BJP had opposed the UPA's plans to open up India's education sector to foreign universities, the Modi government decided to revisit the issue. This was spearheaded by the commerce ministry which held its first meeting to discuss the issue in January this year. Recognition of online degrees abroad, improving infrastructural capacity to offer online courses, encouraging leading Indian institutes to set up campuses abroad, new parameters for ranking and accreditation, removal of procedural hurdles and participation in global trade promotional events were some of the highlights of the broad strategy. "Global trade in higher education is a growing sector. We have a number of strengths including cost advantage and good number of English speaking professionals. Our geographical location makes India a viable destination for Asian students. This potential should be tapped. Inviting foreign universities to operate here is one of the ways to attract international students," said a commerce ministry source privy to the discussions held in January. The Foreign Educational Institutions Bill, which failed to pass political muster during the UPA-II, was opposed tooth and nail by the opposition parties including the BJP, Left and the Samajwadi Party. Faced with political opposition in enacting the law, the HRD ministry had in September 2013 decided to take the executive order route to open the doors for the top 400 institutions to set up campuses in the country and award degrees. The regulations, however, were never issued with the government's legislative department failing to notify them. So there is at present no legal and regulatory framework to allow foreign universities to set up campus in India. Source : http://economictimes.indiatimes.com/