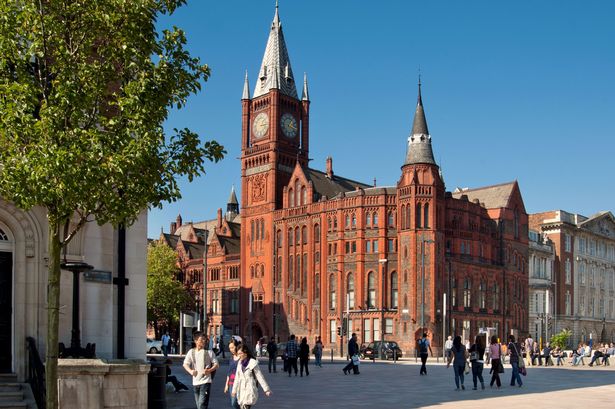 A course at the University of Liverpool produces the best paid graduates in the country, a study has found. Six months after completing their course, students studying Orthoptics - eye care - at the university earn an average salary of £21,000 according to figures from the Higher Education Statistics Agency (HESA).This is 62% more than the average of £13,000 earned by students taking similar courses at other institutions. No other course in the country has a higher graduate salary compared to the average expected salary of graduates in the field.Purely in terms of salary size, Dental Surgery and Medicine and Surgery are the two courses that come out on top at the university with average salaries of £30,000 for their graduates six months after finishing.At the other end of the spectrum the lowest salary that somebody graduating from a Liverpool university can expect to take home after finishing their course is £13,000.Graduates from the Criminology course at Liverpool John Moores University earned this figure after six months while it was the same figure for those studying History; Philosophy, Ethics and Religion; Theology and Religious Studies; and Theology at Liverpool Hope University.In each case, £13,000 was far less than the average salary compared to students studying similar courses at other universities with those studying Criminology at Liverpool Hope as much as 19 per cent worse off than their peers.Elsewhere, the stand out winner based purely on the amount of cash earned six months after graduation is Navigation and Maritime Science from the University of Plymouth. Students from the course can expect to take home a whopping £46,000 a year from their first job.The second most well-paying course in the country is Economics and Management from the University of Oxford where graduates can expect to earn an average of £39,000.At the other end of the scale, Optometry graduates from the universities of Bradford and Manchester and City University in London earn an average of just £12,000 - the smallest figure nationwide along with Zoology at the University of Reading.