Discover all educational resources in Kannur

Kannur (IPA: [kaɳɳuːr] ( )), is a city in Kannur district in the Indian state of Kerala. It is the administrative headquarters of the District of Kannur and 518 km north of state capital Thiruvananthapuram. During British rule in India, Kannur was known by its old name Cannanore (Land of lord Krishna), which is used only by the Indian Railways as of now. It is the largest city of the North Malabar region. Kannur Municipality was established in 1867 and is one of the oldest municipalities in Kerala.

Kannur is one of the Million-Plus urban agglomerations in India with a population of 1,642,892 in 2011, 6th Largest in Kerala and 27th in India Kannur is known as the Land of Looms and Lore, because of the loom industries functioning in the district and ritualistic folk arts held in temples. Kannur is famous for its pristine beaches, Theyyam, its native performing art, and its handloom industry.

Kannur is of great strategic military importance. It houses one of the 62 military cantonments in the country, the Kannur Cantonment, and is the current headquarters of the Defence Security Corps and Territorial Army’s 122 Infantry Battalion (under Madras Regiment). Ezhimala Naval Academy(INS) is situated 35 km north of Kannur City. It is Asia's largest and the world's third largest naval academy. An Indian Coast Guard Academy is approved to be built at Kannur. This Coast Guard Academy will be built on the banks of Valapattanam River at Irinave, east of Azhikkal. Kannur Cantonment is also one of the important cantonments in India.

KARUNYA NIKETHAN SCHOOL FOR THE DEAF 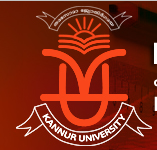 View More
Other Names for Kannur