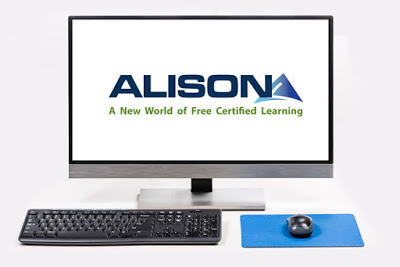 As a part of Skills India initiative framed by Prime Minister Modi, the National Skills Development Corporation (NSDC) and e-learning provider ALISON has collaborated for skill development and widening free online learning access across India. Shri Pranab Mukherjee, President of India has announced about this partnership during the World Youth Skills Day celebrations. The agreement has led to the launch of a new skills development website - India Skills Online which will map newly revised self-paced learning resources to industry learning needs defined by India Sector Skills Councils as Qualification Packs.

Indian learners will be able to study free courses towards national standard qualifications through the new portal. Through the Skills India Online portal, Indian learners will also have access to the full ALISON course curriculum of over 750 free online courses. ALISON already has a very significant presence in India with over one million registered learners. Mike Feerick, CEO & Founder of ALISON stated that they are delighted to be working with the NSDC for sharing high ambitions and a similar social contract to up-skill millions of workers across India. Together, they can reach new standards of learning achievement, driving economic activity of the India people at home and abroad.

ALISON has announced skill development initiatives with the NSDC including platform sharing and course development in English, Hindi and Arabic to enhance workplace skills at home and abroad. It also announced the launch of pre-departure courses to prepare Indian migrants for living and working in the Middle East. The courses, which introduce Arabic cultural norms and language are taught in both English and Hindi, and will shortly be available in other Indian languages.

Rajiv Mathur, Operations Director of the NSDC stated that the development of the partnership with ALISON is an exciting development for the Indian Skills development sector. He further said that working together, the NSDC and ALISON can advance skills training to a whole new generation of learners at a scale and depth not possible till now. Free access to learning, via every device, whether desktop or mobile is essential to make India the skills capital of the world in line with the ambitions of our Prime Minister Modi.