Discover all educational resources in Ranchi

Ranchi /ˈrɑːntʃi/ is the capital of the Indian state of Jharkhand, and its second-most populous city. Ranchi was the centre of the Jharkhand movement, which called for a separate state for the tribal regions of South Bihar, northern Orissa, western West Bengal & the eastern area of what is present-day Chhattisgarh. The Jharkhand state was formed on 15 November 2000 by carving out the Bihar divisions of Chota Nagpur and Santhal Parganas.

The name Ranchi is derived from the previous name of the Oraon village at the same site, Archi. "Archi" derives from the Oraon word for bamboo grove or stave. According to legend, after an altercation with a spirit, a farmer beat the spirit with his bamboo stave. The spirit shouted archi, archi, archi and vanished. Archi became Rachi, which became Ranchi. One of the historically significant neighborhoods of Rachi is Doranda ('duran' 'दुरङ' means song and 'daah' 'दअः' means water in the Mundari language). Doranda lies between the Hinoo (Bhusur) & Harmoo Rivers, where the civil station, treasury and church established by the British Raj were destroyed by rebel forces during the Sepoy Mutiny. The present Purani (old) Ranchi marks the site of the old village of Archi.

XAVIER INSTITUTE OF POLYTECHNIC AND TECHNOLOGY 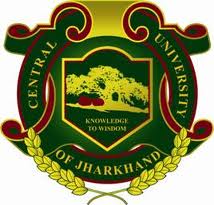 View More
Other Names for Ranchi