Discover all educational resources in Solan

Solan is the district headquarters of Solan district (created on 1 September 1972) in the Indian state of Himachal Pradesh. The largest Municipal Council of Himachal Pradesh, it is located 46 kilometres (29 mi) south of the state capital, Shimla. At an average elevation of 1,600 metres (5,200 ft). The place is named after the Hindu goddess Shoolini devi. Every year in the month of June, a fair celebrating the goddess is held, featuring a 3-day mela at the central Thoudo grounds. Solan was the capital of the erstwhile princely state, Bhagat.

It is known as the "Mushroom city of India" because of the vast mushroom farming in the area as well as the Directorate of Mushroom Research (DMR) situated at Chambaghat. Solan is crowned as the "City of Red Gold", in reference to the bulk production of tomatoes in the area.

The town is situated between Chandigarh (joint capital of Punjab and Harayana) and Shimla (state capital), on the Kalka-Shimla National Highway-22. The Kalka-Shimla narrow gauge heritage railway line, built by the British passes through Solan. 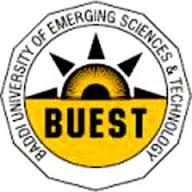 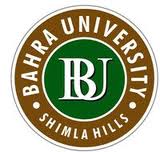 View More
Other Names for Solan