TKMCPS was started by Thangal Kunju Musaliar College Trust in the academic year 1997-1998 in commemoration of the birth centenary of its founder, late Jb. A Thangal Kunju Musaliar-the renowned educationalist, industrialist and philanthropist. The formal inauguration of this supreme venture was on 12th June, 1997 by Jb. Shahal Hassan Musaliar, the President of TKM College Trust. 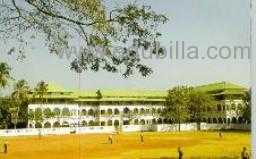