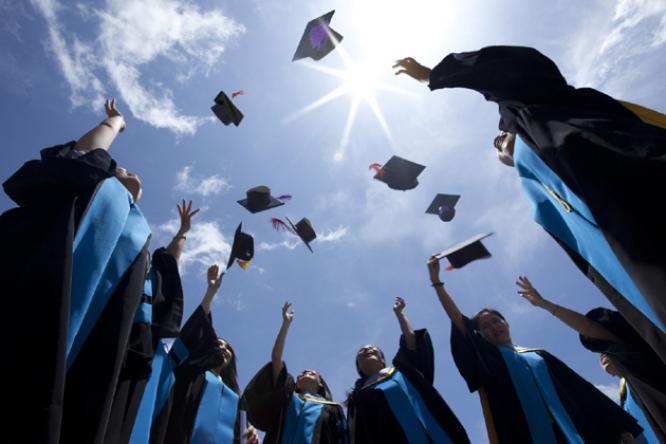 Australia is fast rebounding as a popular education destination for Indian students as their enrollments during the first four months this year jumped to over 48,000 as compared to nearly 37,000 during same period last year. India continued to maintain second rank after China in supplying international students to the universities and institutes in Australia.The total number of students during first four months (January-April) this year stood at 48,311 as compared to 36,964 during the same period last year. Of all the states, Victoria recorded the highest number of Indian students for higher education at over 11,000 enrollments during January-April this year, up from 7,611 enrollments during similar period last year.Melbourne based Consul general of India Monika Jain said Victoria's trade with India was very positive in education sector and Indian students market in the Australian state was really picking up. Jain added that Victoria received largest number of students from India followed by New South Wales (NSW).Many Australian states including NSW and Victoria have been working on strengthening their economic relationship with India by outlining ways to boost trade and investment especially in education sector.In a bid to tap Indian students market, NSW Labour leader Luke Foley recently demanded opening doors to thousands of Indian students over coming years to Australia.India is turning to the world to help them meet their aim of up-skilling half a billion people, he said, adding, there is an opportunity for TAFE (Technical And Further Education) NSW to be part of it, providing training to hundreds of thousands, potentially millions of Indians.Foley said TAFE had "put a toe in the water" in this area but should dramatically increase its activities in India and other countries. He said that exporting its training expertise provides TAFE with the ability to earn a return which can then be invested in rebuilding the TAFE system for the people of NSW. According to Intaj Khan, a private training college owner who also owns a school, number of factors changed the Indian enrollments like easier student visa assessment levels, streamlined visa processing and also relaxed employment restrictions.source: http://www.ibnlive.com/news/india/australia-rebounding-as-popular-education-destination-for-indians-1013242.html