Govt Schools Lag In IT Education 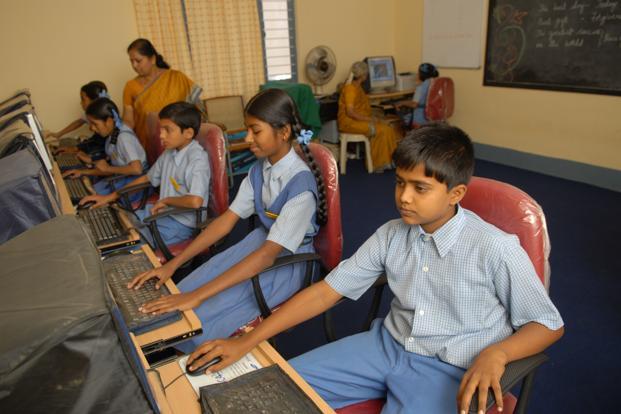 In spite of major thrust on digitisation and computer education, the government schools are ill-equipped as compared to private educational institutions and only 2.3 percent primary, 18.17 per cent upper primary and 51.14 per cent secondary schools equipped with computer facility.

Concerned over falling learning levels and flight of students from government to private schools, the government has decided to introduce English from class I but it is far behind private schools as far as computer education is concerned.

As per latest data compiled by the government, only 239 primary, 375 upper primaries, 472 secondary and 1543 senior secondary schools are equipped with computer facility.

Himachal Government Teachers Union president Virender Chauhan said the smart classrooms were the need of the hour but Information and Communication Technology (ICT) labs are available in less than 20 per cent schools. Even where the facility is available it has not been connected with the Internet.

The state has achieved 99 per cent enrolment at elementary level but achieving 100 computer literacy remains a distant dream.

However, the government has succeeded in providing toilets in all the schools from primary to secondary level and 99 per cent schools have separate toilets for girls.

Separate kitchens for mid-say meals in schools had been a major issue and during the past few years major thrust had been on construction of kitchens. As on date, 94 percent (10,147) primary schools, 82 percent (1,787) upper primary, 98.37 per cent (908) secondary and 96.86 percent (1,664) senior secondary have separate kitchens.