Mr. Gh Hassan Dar a well qualified person from a poor family established Franklin Education Trust in 2005 with its life long earned assets of land and building for a noble, sacred and dignified cause of imparting trainings and Education in higher studies. He named the trust (Franklin Education Trust) in the name of two eminent personalities Benjamin Franklin and Franklin Roosevelt . The establishment of the trust was of utmost importance in this part of the town, fully backward in education and institutions of higher learnings,neglected by the important members of the society so-for.
To cater the needs of the local ones and outsiders the Teachers Training College was decided to be established at it's earliest. To get it sanctioned from the Government was a Herculean task. It took two and a half year to get through. The hard ships, obstacles, and thresholds brought no change in the strong determination of Mr.G.H.Dar despite the fact his shoulders became overburden with the heavy debts he incurred for its establishment. College was accorded in September, 2007. To develop and raise its infrastructures was the need of the hour, to make it viable and eligible for other courses. The efforts bore fruit and a P.G Class of M.Ed. Course was granted and papers for Three year B.B.A Course are under process with Government. 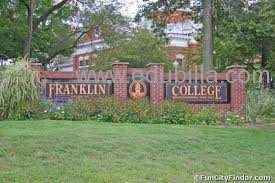