Discover all educational resources in Gurgaon

Gurgaon is a city in India located in the state of Haryana. The city is the administrative headquarters of Gurgaon district of Haryana.

The city is a leading financial and industrial center. Located 19.9 miles (32 km) south-west of New Delhi, Gurgaon has a population of 876,824. Witnessing rapid urbanization, Gurgaon has become the city with the third highest per capita income in India, even though the city grapples with the problem of lack of proper infrastructure and utilities, frequent power outages and rising crime. Historically known as Guru Gram, the city's economic growth story started with the Indian automobile manufacturer Maruti Suzuki India Limited setting up a manufacturing plant in Gurgaon in the 1970s. By October 2013, half the Fortune 500 companies had opened offices in Gurgaon. 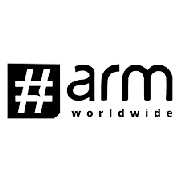 View More
Other Names for Gurgaon