The Education Minister formally inaugurated the New Xavier-Carmel on June 15th 1970 in the Government School building in Sector 20. The influx of students was so great that in 1979 the ground floor of Mt. Carmel in Sector-21 had to be built. The Primary Classes of the joint Xavier Carmel School began functioning here. The Xavier-Carmel High School continued in Sec.20.The school in Sector 21, unlike other schools of ours has octagonal shaped class rooms, the brain child of the famous architect Hasmukh Patel. He planned small garden plots in the passages inside the school open to the sky spaces. But these plots had to be paved later and the spaces open to the sky had to be closed with glass.
Sr. Lira Morais A.C. was the last Co-Principal of the Xavier-Carmel High School. She had taken over from Sr. Maria Rosa who had succeeded Sr.Loyola. As students kept increasing – we already had four sections in the school, one in English and three in Gujarati medium. –the need was felt to separate the two schools; hence it was in June 1983 that Mount Carmel Primary School began as a separate school with one section in English and two sections in Gujarati medium. For extra class rooms became an urgent necessity so additional class rooms on the ground floor and the First Floor was built. It was only in 1986 when the students in Mt. Carmel reached Std VIII that the Co-Principal together with one Sister who was on the High School Staff in the joint Xavier-Carmel High School, officially shifted to the separated Mount Carmel High School. In 1989 the first batch of Std X students appeared for the board examination and the results were 100%.

Called to live in God’s presence and sharing in Christ’s mission to transform the world in love, we, the Sisters of the Apostolic Carmel, respond like Mary and our Foundress, Mother Veronica, by our lives of consecration.
Striving to draw out the full potential of our students and especially of the women we educate.
Fostering in them the rich values of our Christian and Cultural heritage so that they are urged to respond to life’s challenges with joy and courage that is rooted in prayer and committed to serve society as responsible citizens.
A special thrust of our educational effort is an active concern for the formation of authentic Christians imbibed with a sense of mission to our country and the world.
Mount Carmel School, Gandhinagar is an offshoot of Mount Carmel High School which has been serving the people of Ahmedabad for over 80 years. It was started in 1970 in Gandhinagar, the new capital of Gujarat during the Centenary year of the foundation of the Apostolic Carmel.
This school is recognised by the Department of Education, Gujarat State and caters to all castes and creeds.
The course of studies is planned to lead up to the Secondary and Higher Secondary (General Stream) School Certificate Examination. It has parallel divisions with Gujarati and English as the medium of instruction. 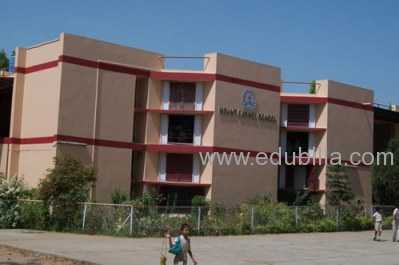