Discover all educational resources in Nashik

Nashik (Marathi: नाशिक)(pron:ˈnʌʃɪk) ( pronunciation ) (also spelled as Nasik) is a city in western India in the state of Maharashtra. Nashik is located in the north-west of Maharashtra, 171 km (106 mi) from Mumbai and 210 km (130 mi) from Pune and is the administrative headquarters of the Nashik District and Nashik Division. With a population of 1.5 million, Nashik is the 4rd largest city in Maharashtra after Mumbai, Pune and Nagpur. and Nashik district is the eleventh most populous district in India. Mumbai, Pune and Nashik are known as golden triangle in Maharashtra.

Nashik is said to be the abode of Lord Rama during his 14 years in exile. It is located on the banks of the Godavari which originates in the south-west of the city at Trimbakeshwar. It is one of the four places in the world where the Kumbh Mela is held making it one of the holiest Hindu cities. The city is a site for more than 100 ancient temples including the Kalaram Temple and Trimbakeshwar Shiva Temple.

Nashik ranks 16th in a global study of fastest developing cities conducted by The City Mayors Foundation, an international think tank on urban affairs and has witnessed significant economic progress in the last decade. Nashik is also short listed for the Delhi-Mumbai Industrial Corridor as an investment region. The city is also known as the Wine Capital of India since it accounts to a large amount of the country's grape export and there are many vineyards in and around Nashik. It also plays an utmost important role in agriculture. Onion, tomatoes and many other vegetables are exported from Nashik to various parts of the world. In addition, Nashik is known for its picturesque surroundings, climate and tourism. 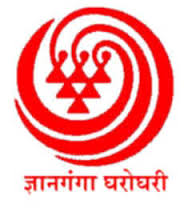 View More
Other Names for Nashik