Discover all educational resources in Pune

Pune (English pronunciation: /ˈpuːnə/; Marathi: [puɳeː] ( ) also known as Poona) is the seventh largest metropolis in India and the second largest in the state of Maharashtra. It was known as Punyanagari in old time.

It is situated 560 metres (1,837 feet) above sea level on the Deccan plateau at the right bank of the Mutha river. Pune city is the administrative headquarters of Pune district and was once the centre of power of the Maratha Empire.

Pune existed as a town since 847 AD.. In the 18th century, Pune became the political centre of Indian subcontinent, as the seat of Peshwas who were the prime ministers of the Maratha Empire.

Pune is considered the cultural capital of Maharashtra. Since the 1950s and 1960s, Pune has had traditional old-economy industries which continue to grow. The city is now also known for manufacturing and automobiles, as well as government and private sector research institutes for information technology (IT) education, management and training, that attract migrants, students and professionals from India, South East Asia, Middle East and Africa. 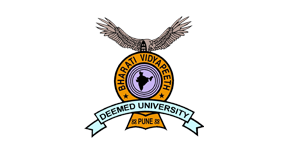 Alumni association of college of engineering

View More
Other Names for Pune