Discover all educational resources in Secunderabad

Secunderabad or Sikandar-a-bad  listen , popularly known as the twin city of Hyderabad is located in the Indian state of Telangana. Named after Sikandar Jah, the third Nizam of the Asaf Jahi dynasty, Secunderabad was founded in 1806 as a British cantonment. Although Hyderabad and Secunderabad are together referred to as the twin cities, they have both different histories and cultures, with Secunderabad having developed directly under British rule until 1948 and Hyderabad as the capital of the Nizams' princely state. Geographically divided from Hyderabad by the Hussain Sagar, Secunderabad is no longer a separate municipal unit and has become part of Hyderabad. Both cities are collectively known as Hyderabad and together form the sixth largest metropolis in India. Being one of the largest cantonments in India, Secunderabad has a large presence of army and air force personnel. 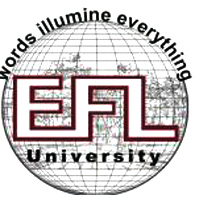