The United Kingdom of Great Britain and Northern Ireland /ɡreɪt ˈbrɪt(ə)n ənd ˈnɔːð(ə)n ˈʌɪələnd/, commonly known as the United Kingdom (UK) or Britain, is a sovereign state in Europe. Lying off the north-western coast of the European mainland, the country includes the island of Great Britain (a term also applied loosely to refer to the whole country), the north-eastern part of the island of Ireland, and many smaller islands. Northern Ireland is the only part of the UK that shares a land border with another state: the Republic of Ireland. Apart from this land border, the UK is surrounded by the Atlantic Ocean, with the North Sea in the east and the English Channel in the south. The Irish Sea lies between Great Britain and Ireland. The UK has an area of 243,610 square kilometres (94,060 sq mi), making it the 78th-largest sovereign state in the world and the 11th-largest in Europe.

The United Kingdom is the 22nd-most populous country, with an estimated 64.1 million inhabitants. It is a constitutional monarchy with a parliamentary system of governance. Its capital city is London, an important global city and financial centre with the fourth-largest urban area in Europe. The current monarch—since 6 February 1952—is Queen Elizabeth II. The UK consists of four countries: England, Scotland, Wales, and Northern Ireland. The latter three have devolved administrations, each with varying powers, based in their capitals, Edinburgh, Cardiff, and Belfast, respectively. Guernsey, Jersey, and the Isle of Man are not part of the United Kingdom, being Crown dependencies with the British Government responsible for defence and international representation. The UK has fourteen Overseas Territories, including the disputed Falkland Islands, Gibraltar, and Indian Ocean Territory.

The United Kingdom is a developed country and has the world's sixth-largest economy by nominal GDP and tenth-largest by purchasing power parity. The country is considered to have a high-income economy and is categorised as very high in the Human Development Index, currently ranking 14th in the world. It was the world's first industrialised country and the world's foremost power during the 19th and early 20th centuries. The UK remains a great power with considerable economic, cultural, military, scientific, and political influence internationally. It is a recognised nuclear weapons state and its military expenditure ranks fifth or sixth in the world. The UK has been a permanent member of the United Nations Security Council since its first session in 1946. It has been a member state of the European Union (EU) and its predecessor, the European Economic Community (EEC), since 1973; it is also a member of the Commonwealth of Nations, the Council of Europe, the G7, the G8, the G20, NATO, the Organisation for Economic Co-operation and Development (OECD), and the World Trade Organization (WTO). 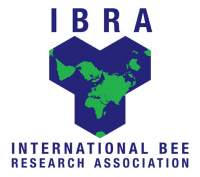