Established On
1982
Slogan
We will create a brave new world

Bharathidasan University established in February 1982, and was named after the great revolutionary Tamil Poet, Bharathidasan (1891-1968). The motto of the University "We will create a brave new world" . The University endeavours to be true to such a vision by creating in the region a brave new world of academic innovation for social change"(NAAC, - 2005, p.69). The year 2006-07 is the Silver Jubilee year for this great and vibrant University. The University's main Campus was initially located in a sprawling area of over 1000 acres in Palkalaiperur. However, as years passed on, the South Campus at Palkalaiperur with the available infrastructure was donated to the newly started Anna University of Technology. Very recently, another portion of the land has been allotted to the Indian Institute of Management (IIM), Tiruchirappalli. Also, the University has a downtown campus at Khajamalai, which housed originally the Autonomous Post-Graduate Centre of the University of Madras at Tiruchirappalli. In addition to the administrative complex, which includes the Vice-Chancellor's Secretariat, Registrar's Office, Finance and Examination offices, most of the academic departments and research laboratories are located in the main Palkalaiperur Campus. Among the academic units in the Palkalaiperur Campus are Schools of Mathematics, Physics, Chemistry, Life Sciences, Basic Medical Sciences, Geosciences, Social Sciences, Marine Sciences and the Schools of Languages. In addition, the Campus also has the Central Library, Informatics Centre, Hostels, Staff Quarters, Health Centre, Canteen and others. The downtown campus has the Departments of Economics, Social Work, Computer Science, the Centre for Remote Sensing, the Academic Staff College and others. Besides these, the Bharathidasan Institute of Management popularly known as BIM (adjudged as one of the top business schools in the country) is located within the BHEL premises, a public sector undertaking at Tiruverumbur 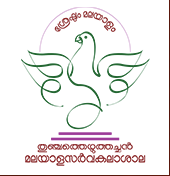